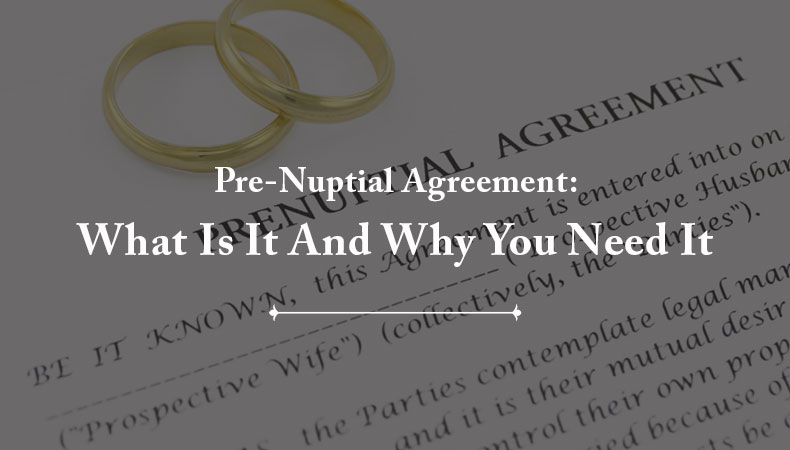 We look at the institution of marriage as a holy union of two people who promise to love and support each other till the end.

But are marriages the fairytales that we assume them to be?

Many discrepancies occur between the couple when they begin to share their personal space and life. As much love and affection, a marriage includes, it also involves insecurity and fear of the disagreements that can lead to divorce. The obligations and responsibilities remain very unclear when it comes to a divorce.

So to have the security and agreement from the very beginning the concept of Pre-nuptial agreement came into existence.

Many people oppose and believe that marriage is not a contract between two people and one should not think of divorce even before getting hitched. So they frown upon a person who wants to make a contract before marriage. But life is uncertain and there’s nothing wrong in wanting to clear the terms with your partner to avoid future legal battles if you decide to part ways.

Are you looking to have security in your marriage and have clarity of what happens when things go south with your partner? There’s only one way: Pre-Nuptial Agreement

The concept of the Pre-Nuptial Agreement has been there for hundreds of years in different forms. In today’s times, it is a safe and intelligent way to enter into a marriage with open eyes and knowing the expectations of each other.

1. What is a Pre-Nuptial Agreement? 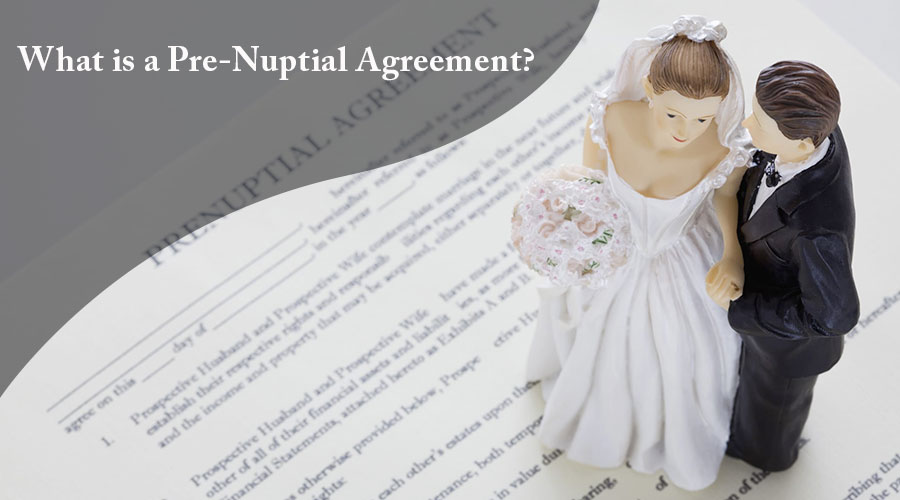 A pre-Nuptial agreement (“Prenup”) is a type of contract that is entered by the to-be husband and wife. This contract lays down the terms and obligations of the couple after they get separated. Mainly, these agreements include the financial terms and the effect on the assets of the couple. The concept of prenup is very famous in countries like Canada, Italy, USA, UK, and other many developed countries.

2. Where is a Pre-Nuptial Agreement enforceable?

If the prenup is correctly drafted and executed then they are enforceable. It cannot include any terms that are illegal or encourage divorce directly or indirectly.

However, Prenups are not enforceable or legal in all countries but most of the countries have made it legal.

Note: Reach out to us to know the status of Prenups in your country.

Also See: How to Avoid Divorce And Reunite With Your Spouse During Separation

3. What is included in a Pre-Nuptial Agreement?

Prenups include many aspects that the couples are concerned about. It includes terms that are enforceable in case of divorce and also in many cases during the marriage and upon the death of a partner. Some of the basic subjects included in a prenup agreement are:

4. Why do you need a Pre-Nuptial Agreement? 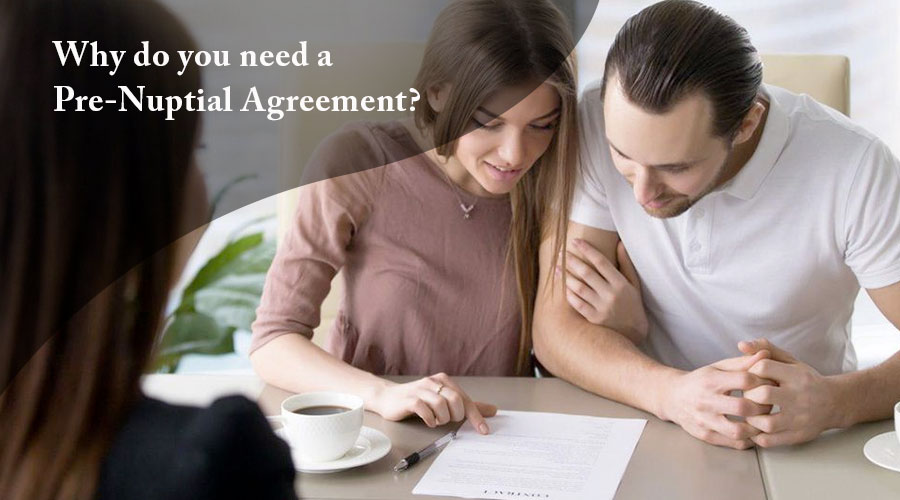 Prenup has many advantages and these are the few reasons why you need a pre-nuptial agreement.

5. How can you make a Pre-Nuptial Agreement?

Keep in mind that…

Also See: What is Common Law Marriage? – Process and Conditions for Establishing

6. When should couples discuss a Pre-Nuptial Agreement? 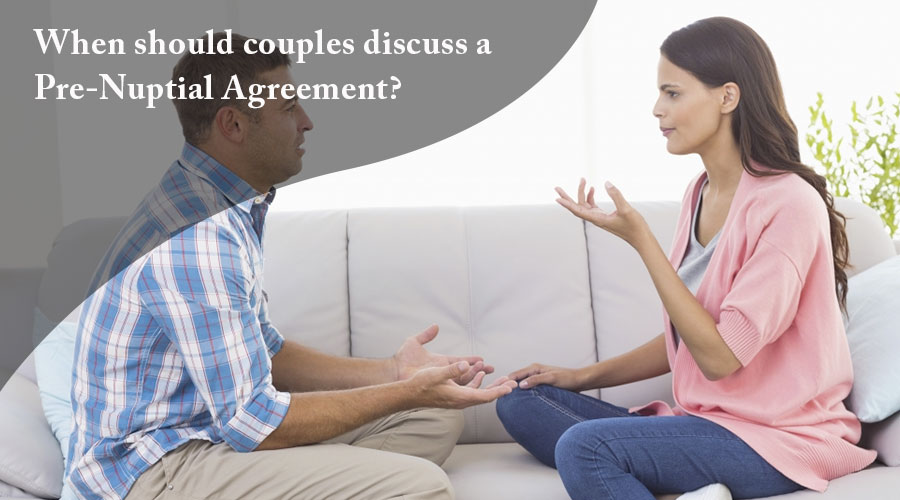 The couples should discuss prenup as soon as they are sure about getting married. It may not be a likable subject for your partner or the family but you have to make them understand the importance of it and how it makes you feel safe.