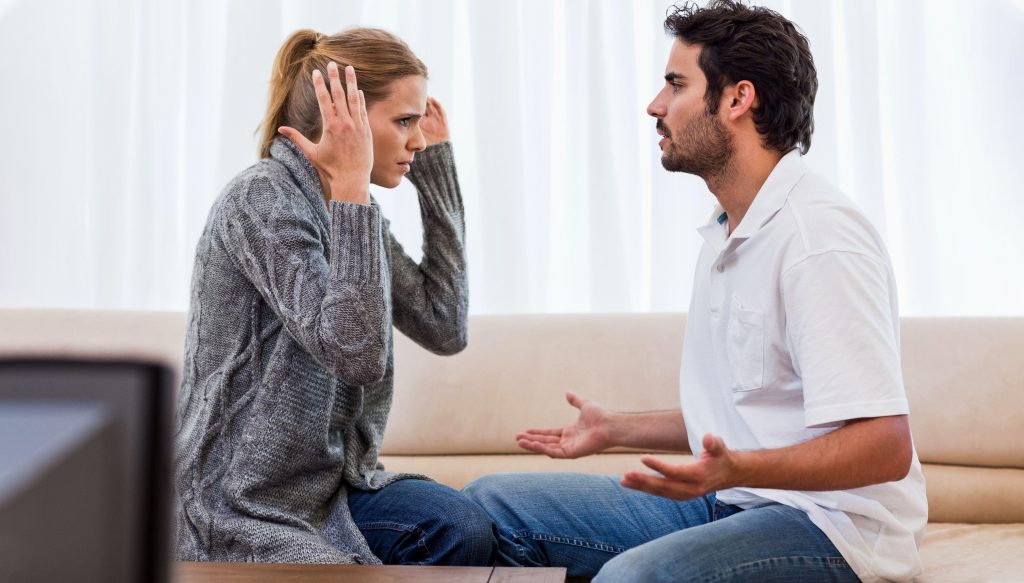 Wedding planning is already a stressful task, even if you’re working with a professional planner. Amidst those stress arguments between wedding couples are common. Though sometimes there will be no reason for argument also, it will just happen, maybe because of high-stress or some other reason. However, arguments are part of wedding planning journey. There are times when one feels so stressed out that a trivial matter can lead to an argument between the two. But it is important that the couple always see that these arguments on trivial matters are not becoming ugly or taking a different route.

Here are some common topics over which couples argue before wedding.

Most of the arguments between couples start with in-laws, especially bride to-be will have some issues with her in-laws and the arguments begin. Every bride has her own idea of a dream wedding and she wants everything as per her own desire and likings. And, the moment the groom’s parents start meddling in their wedding planning process, arguments happen.

For instance, you and your partner have already chosen the setup, flowers, cake flavor and wedding band. And suddenly soon to be in-laws start giving their opinions about your wedding plans. This is very common reason couples argument for.

And the reason for arguments in such situations is because people don’t like indulgence, opinions are hardly welcomed today. But, couples especially brides to-be should learn to welcome other’s opinions as well. Understand that your soon to-be in-laws will become your family in few days. And your wedding planning is the only time which you can utilize to build trust.

Instead of going into some argumentative state, it is recommended that couples should talk over the topic. Discuss things properly, and decide what all to be shared with parents and what all should stay with you two only.

Weddings are pricey affairs and we all know that already, and sometimes arguments over finances often occur during the planning process. Couples can bicker over anything when it comes to finances, it is kind of inevitable. But if your arguments are taking bad or ugly shapes, then you need to understand.

If any issue related to finances come up, it is advised that you should talk to each other about your finances. That is why it is crucial that you make a wedding budget before you even think of your wedding planning. Having a wedding budget and then sticking to it religiously can help you avoid such arguments. Also, avoid unnecessary expenses in your wedding.

Talk to each other, find out the best way to deal with the financial issues (if any), fighting or bickering over anything won’t help you anyways.

Yeah, couples do fight over wedding guests also. While creating a guest list both have a list of people and out of that list a wedding guest list is made. If at all any of them could not invite who he/she specifically wanted to invite, argument can take place, if not immediately then later.

For instance, the groom to-be wants to invite his close friend who is a girl of course and definitely bride to-be doesn’t gel well with her, so she does not want groom to-be to invite that friend, or vice versa. The moment any one of the couples is prohibited or abstained from inviting his/her choice of people, an argument takes place. Or it becomes ground for another reason. So, two may fight or bicker over this later when something else even trivial thing will come up.

Firstly, couples need to understand that only when they love each other and love each other they are getting married. Fighting over wedding guests or for anything related to wedding is no point. You need to trust each other and each other’s decisions as well. Before you start feeling your voice doesn’t count or your things or choices are less important, TALK!!

Yeah, another topic over which an argument can take place between couples is wedding related tasks. For instance, bride to-be has to do more things than the groom to-be, or maybe groom to-be missed or forgot to do things which he was supposed to, there will definitely be an argument.

Then the other person starts thinking that this wedding is only important for me, and he doesn’t seem to be so interested in it. There are so many thoughts and things which can come up in mind. Before you start to feel any negative thing about your significant other on wedding related matters or otherwise also, talk to your partner.

It is advised that you two discuss if anything negative for each other is cropping up in head. Understand what’s happening in your partner’s life. He/she may be genuinely busy or stuck in something because of which the task(s) couldn’t be done. Bickering over things without even having a clear idea about the reason for delay, will only worsen the situation. It’s better to understand the reason first, and find a way out to do the task now.

You need to understand one thing that TRUST is the most important pillar to have a successful married life, and if you do not trust each other today, then definitely tomorrow it is not going to be easy for you two. So, instead of bickering over your past, talk to each other and resolve the issue.

Many couples do argument over timing issues. Actually, when two people start a relationship, they spend a lot of time with each other in order to understand each other, and gradually that time decreases. And, if by chance one person especially the groom do not give enough time to the bride to-be, arguments take place.

This is a very common topic over which often couples have arguments. Things like: “He is not the same man I started dating,” or “he has changed a lot over the period of time,” or “he doesn’t look so interested in this wedding as I am,” so on and so forth. Actually our mind is a racing mind, it can come with thousands of negative thoughts in just a fraction of seconds.

If by chance you also feel the same way, it is better that you two sit together and discuss it. Whether things are as they appear or there is some other reason for that. Only when you talk to each other on anything, things can be resolved.

Yeah, couples do squabble over unresolved issues. Actually, wedding planning is already a stressful task. And when any of the two gets stressed out, they can argue about anything even for something that happened a year back or anything that is unresolved to date.

8. Over Each Other’s Habits

Sometimes they squabble because of each other’s nature or habits. There is some habit which the groom doesn’t like about the bride to-be, they can argue over it easily. Because somewhere he/she thinks that now it’s our wedding and she/he should change her/his habits. It’s like it is time to change now, which usually doesn’t happen.

Yeah, sometimes arguments happen because of the priorities. And it is very common. Anything trivial or even when there is nothing, an argument can take place. For instance, the bride is asked to go to a distant location for a project just a month before her wedding, and groom to-be will have a feeling that “her work is more important for her”, “Now I will have to look after all the wedding related tasks”, or “Her career is more important for her than her wedding,” and so on and so forth…. Or vice versa.

Couples squabble over their priorities also. In such situations you need to figure out things in advance. There is no doubt that your wedding is a once in a lifetime event, but at the same time you two need to know that you can’t put your career on stake. You need to have respect for each other’s priorities as well. Marriage is not about exchanging rings and saying vows, in fact it is much more than that.

This is the time when the other person can count on you, only when you do not blame him/her just for doing his/her job.

Arguments are not the problem

Time before your wedding is the most important time and couple should utilize this time properly to build trust, respect, and a great bond between each other. At the end, it doesn’t matter how great your wedding celebration was, what matters is how great your bond and relationship is.

Couples need to understand that having arguments is no problem, the real problem arises when you cross the line. When small arguments start to take bad shapes. And that is something that eventually affects any relationship negatively. So, before you cross that line, it’s always good to talk, discuss, and resolve the issue there and then only. Don’t sit for tomorrow.

The only rule you need to follow is Talk, Discuss, & Resolve!! That’s all! Understand that there is nothing important in our lives than the peace of mind. If you will get married having so many issues in mind, later you will only create issues. Rather to have a disturbed married life later, talk and resolve all those issues now and focus on being happy and celebrating the big day of your life in a great way!

Life is simple, make sure you do not complicate it with things which are not of any importance or are trivial. Our idea of marriage is to have a great bond and relationship, and not to have a distorted relationship at all. So, it is advised not to feed your negative thoughts, instead de-root them the moment they occur and make your wedding a happiest occasion in your life and your married life a happy married life.

Have a Happiest Wedding… ☺ ☺