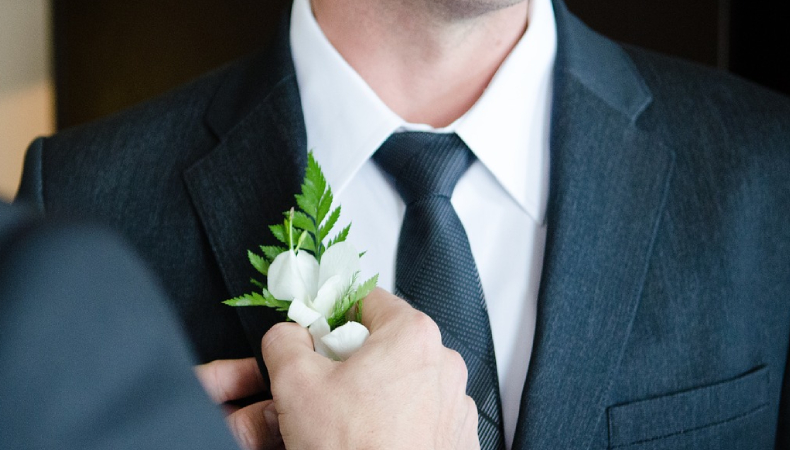 Most grooms get confused while they decide on their wedding attire. The most common confusion is whether they should buy a wedding suit or a tuxedo. Yeah, they are not the same. Though they look similar, there are critical differences among them.
If yo

When it comes to the formality, tuxedos are semi-formal garments, whereas suits are very much informal. Tuxedos are typically used at more formal events than suits, like weddings, gala dinners, and fancy Opera shows. Usually, guests are told to wear a tuxedo at such events. Tuxedos are semi-formal garments, with the “formal” space being occupied by a white tie. They were created as an alternative to the white tie and tails, specifically made to be worn to elite dinner parties. A suit, formerly known as a “lounge suit,” was considered appropriate only in the countryside until the early 20th century. After that, suits became acceptable for town wear.

2. When To Wear What

Tuxedos are typically worn in the evenings (in the events starting at 6 pm or later) and are made to be celebratory. You wear a tuxedo in events like weddings, galas, and similar gatherings.

A suit, on the other hand, can be worn during the day or in the evening. Primarily suits are considered business professional dress codes are worn during business meets, or events, like board meetings, client meetings, conferences, etc. Besides, lounge suits can be worn for celebrations and other religious-based events that mark rites of passage as well, irrespective of the time of day.

There are myriads of differences between the looks of both a tuxedo and a suit. The primary difference between a tuxedo and a suit is that tuxedos have satin details, like satin-faced lapels, satin buttons and a lace side-stripe down the pant leg. A suit, on the other hand, consists of the coat, lapel, and trousers. All of these are made of the same material. Instead of lace buttons, suits have bone, plastic, or fabric-covered buttons. While the buttons used on tuxedo are different from the ones used in suits. Also, they don’t have holes like suits that are sewn tightly to the jacket but have a stem, which is sewn to the jacket.

Tuxedos are worn with the white tops having a wing collar or a turndown collar. While suits can be worn with a variety of dress shirts, like a patterned or a solid color shirt.

RELATED: Tips to Select a Wedding Tuxedo or Suit

The Tux is typically worn with a black, silk bowtie, and a cummerbund (kind of belt). The tuxedo pants do not have belt loops, and the pants are held up with suspenders (the cummerbund covers the most substantial part of the suspenders). While the suit pant is made of the same material used for the coat.

Tuxedo accessories comprise a waistcoat, cummerbund, suspenders, and a self-tied bowtie. However, people these days also wear long ties and high-stance vests with tuxedos, depending upon the occasion. While suits are relatively more flexible than tuxes. You can play around your looks based on the type of event you are planning to attend. They can be worn with a vest or without it. Also, you can try bowties and long ties along with your suit.

More often than not, black patent shoes are worn with tuxedos. While with suits, you can prefer to wear loafers, oxfords or slip-on shoes.

When it comes to the aesthetic philosophy of both, tuxedo follows the rule of minimization. That’s the reason, tuxedo jacket pockets are without flaps, tuxedo pants have no cuffs or creases, and even the color palette is so limited. A suit, on the other hand, follows no rule as such. They simply try to look neat, tidy, and handsome.

A tuxedo is a tuxedo, and a suit is a suit. However, knowing the differences between both the two is crucial as you may have to wear a tuxedo at some point in life, like your wedding. Also, it will help you buy the right piece for yourself, as many places sell things that aren’t tuxes but are marketed as such.