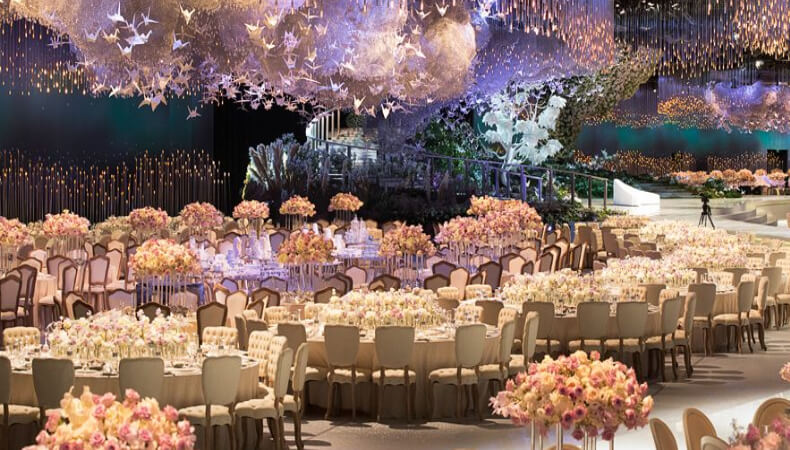 Weddings are considered the priciest events. Different sizes of weddings take place in the world, from low-budget intimate weddings to big fat celebrations. The size of the celebration depends on several factors, such as wedding guests, wedding budget, and wedding location, etc. The wedding budget, however, plays the most critical role.

Undeniably, money plays a crucial role when couples plan their wedding. How magnificent your wedding celebration would essentially depend on the size of your pocket. The more money you spend, the grander the celebration.

This post will shed light on the 15 most expensive weddings in the world that would mesmerize you!

Without any further ado, let’s get started!

Christina Aguilera and Jordan Bratman, a music label executive, began as friends and later married in a $2 million ceremony in California’s Napa Valley in 2005. The wedding had 150 guests, and Aguilera wore an $80,000 gown, according to reports. 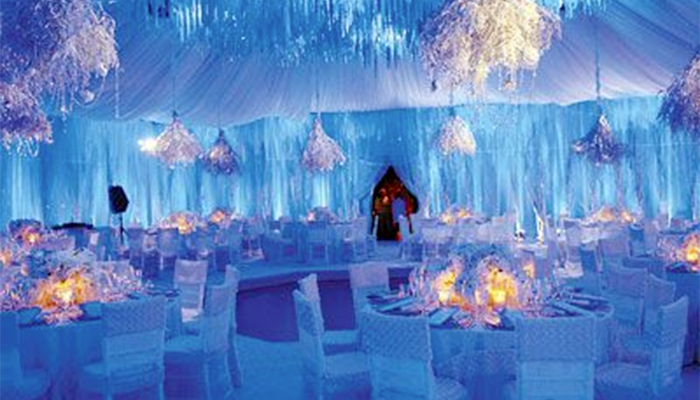 The ceremony was held in a tent set up in the middle of a vineyard in Napa Valley. The wedding followed Bratman’s very romantic proposal, in which he filled a hotel room with balloons, rose petals, and gift boxes, one of which held the ring.

British model-actress Liz Hurley and Indian businessman Arun Nayar’s wedding had always been the talk of the town due to its sizzling extravagance. The couple went to great lengths to make their wedding a once-in-a-lifetime event. It had everything a fairytale wedding should have, from the English countryside to grand Indian palaces and a lavish wedding platter.

Liz and Arun tied the knot twice. The first was held in the year 2007 at Sudeley Castle in England. The second time was at Jodhpur’s Umaid Bhawan Palace, in accordance with Nayar’s Hindu tradition.

Ex-Beatle Paul McCartney tied the knot with entrepreneur Heather Mills in 2002 in a grand celebration at the San Salvator’s Church in the village of Glaslough, Co. Monaghan. The location was reportedly chosen because McCartney’s mother had been born in Co. Monaghan. 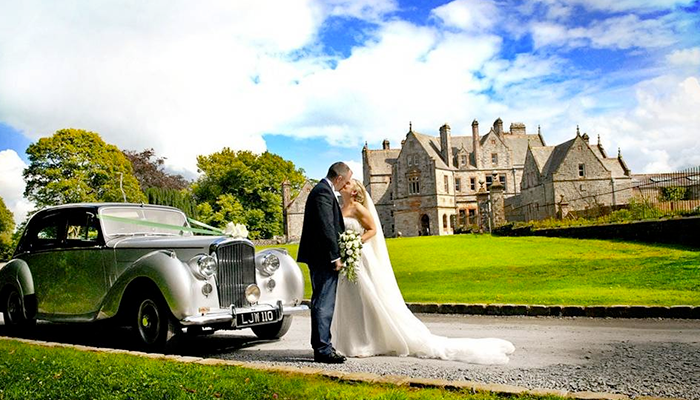 Following the ceremony, the 300 wedding guests were lavishly entertained at the nearby 17th-century estate of Castle Leslie. Mills wore a wedding gown she co-designed with Eavis & Brown. Among those present were McCartney’s four children and celebrities such as Steve Buscemi, Chrissie Hynde, and Michael Jackson. Ringo Starr, the last remaining Beatle, was also present. Following the reception, which was followed by a spectacular fireworks display that the entire village enjoyed, McCartney, 60, and Mills, 34, left for their honeymoon at an undisclosed location.

In a rehab facility where both Hollywood legend Elizabeth Taylor & Larry Fortensky checked in for drug problems, Elizabeth Taylor met construction worker Larry Fortensky. The couple got hitched in 1991 at Michael Jackson’s Neverland Ranch in an exciting and unique love story that captivated many people’s attention. The ceremony was attended by celebrities such as Liza Minnelli, Eddie Murphy, and Macaulay Culkin. 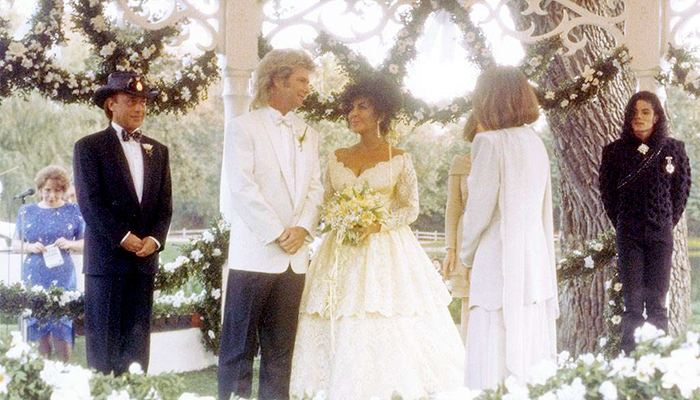 Liza Minnelli married concert promoter David Gest in a lavish ceremony on New York’s Fifth Avenue in 2002. The Jackson Five were among the guests, with Michael Jackson serving as best man. The matron of honor was Elizabeth Taylor. Among the celebrities who attended the grand celebration were Queen Guitarist Brian May, Liam Neeson, Joan Collins, Gloria Gaynor, Anthony Hopkins, and Mia Farrow.

George Clooney and Amal Alamuddin made headlines for hosting one of the most expensive weddings in the world. George and Amal decided to marry in Venice, where they paid for all of their guests. This meant that the majority of the budget was spent on housing their guests at the opulent Hotel Cipriani. The reception was held at The Aman, which is also quite pricey but was the ideal setting for their celebrity-studded guest list.

Chelsea Clinton, the daughter of the former President of the United States and a former Secretary of State, tied the knot with investment banker Marc in an elaborate wedding celebration at the Astor Courts in 2010. The setting offered a tranquil and romantic view of the Hudson River. 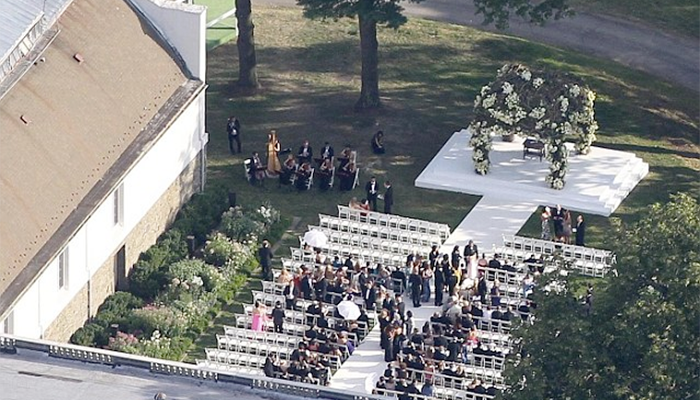 As guests arrived in limousines, a no-fly zone was imposed above the Hudson Valley, and nearby roads were reportedly closed. The wedding had 500 guests, including Oprah Winfrey, Steven Spielberg, Tom Hanks, and Barbra Streisand.

Manchester United footballer Wayne Rooney married his childhood sweetheart Coleen McLoughlin in 2008 at the Abbey of Cervara near Genoa, Italy. The Irish boyband Westlife cost $670,000, serenaded the couple and their guests. Ronney arranged for five private jets to transport 64 of their guests to the wedding.

The couple tied the knot at the Villa Durazzo, a 17th-century palace in the Mediterranean resort of Santa Margherita Ligure. While the ceremony was extravagant, the couple received little assistance in paying their bills when a magazine offered $4.2 million for the exclusive rights to the wedding photos.

Indian cricket skipper Virat Kohli and Bollywood star Anushka Sharma, popularly known as Virushka among their fans, got married in an 800-year-old luxury resort in Tuscany, Italy, in a private ceremony in 2017. Borgo Finocchieto, a 13th century restored historic luxury village, is also the world’s second most expensive property. 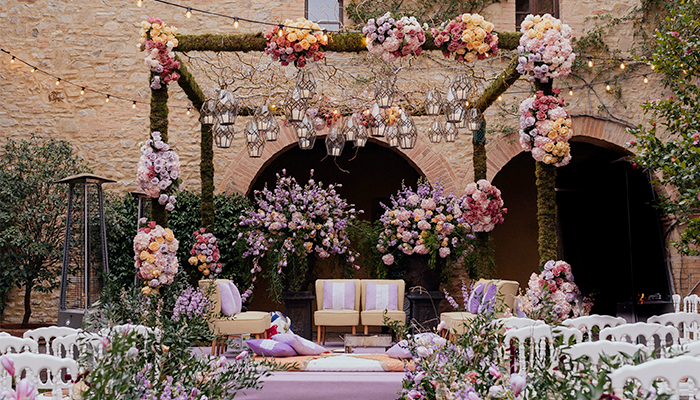 The villa can only accommodate 44 people at a time, and the cost of accommodating one person in the villa for one week is INR 1 Crore. Given that 44 people attended the wedding, the total cost comes to INR 45 crore. Both Virat Kohli and Anushka Sharma wore outfits designed by the country’s most famous designer, Sabyasachi.

The couple made a headline upon hosting two wedding receptions. One for the Bollywood and Cricket fraternities was among the two magnificent celebrations that followed. The couple hosted several celebrities for their second round of celebrations, and among those in attendance was none other than the King Khan himself, Shah Rukh Khan.

No one knows exactly how much Kimye paid for their lavish wedding, but it was most likely between 12 and 20 million. Kanye, who had been in love with Kim for a decade before finally winning her heart. 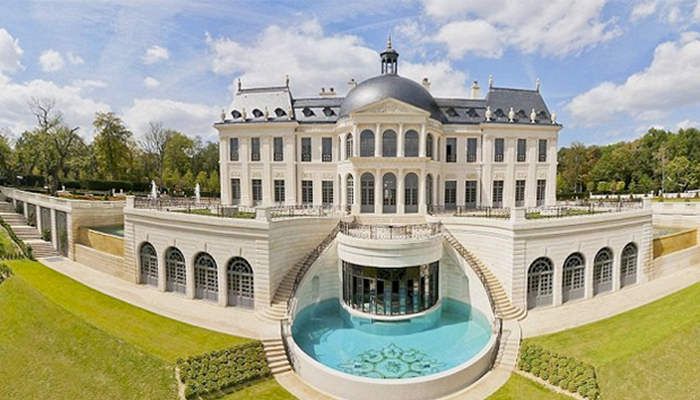 The weekend event took place in Italy and France, where they spent $400,000 on the venue, $500,000 on Kim’s Givenchy gown, flew their wedding guests over and covered the costs for accommodation, and almost $5000 on a marble table with their guests’ names engraved on it. 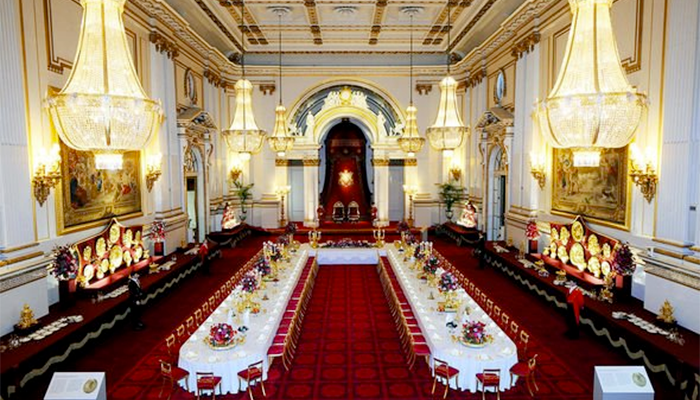 The service was presided over by John Hall, Dean of Westminster; Rowan Williams, Archbishop of Canterbury, conducted the marriage; Richard Chartres, Bishop of London, preached the sermon; and the bride’s brother James read. Prince Harry served as William’s best man, and the bride’s sister Pippa served as maid of honor. The bride’s and groom’s families and members of foreign royal families, diplomats, and the couple’s personal guests were present at the ceremony. After the wedding ceremony, the couple made the traditional appearance on Buckingham Palace’s balcony.

In 2018, American singer-songwriter Nick Jonas and former Miss World and Indian actress Priyanka Chopra exchanged vows at the five-star heritage hotel Taj Umaid Bhawan Palace in Jodhpur in a Western, Christian ceremony. The couple reportedly booked the entire hotel for the wedding from November 29 to December 3 2018. 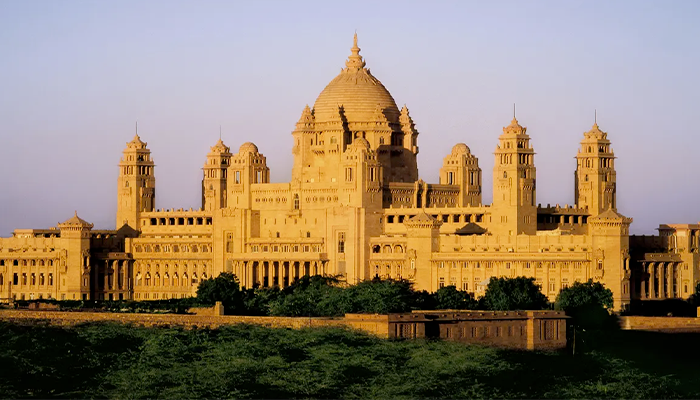 Vanisha Mittal is the daughter of Lakshmi Mittal, one of the world’s richest men. Her wedding to Amit Bhatia is, predictably, one of the most expensive weddings in the world that took place in 2004. The couple married at the historic 17th century Chateau Vaux le Vicomte near Paris. Prior to the wedding, an engagement ceremony was held at the Palace of Versailles. Kylie Minogue, an international recording artist, and actress, was paid $330,000 for a half-hour performance at the wedding. 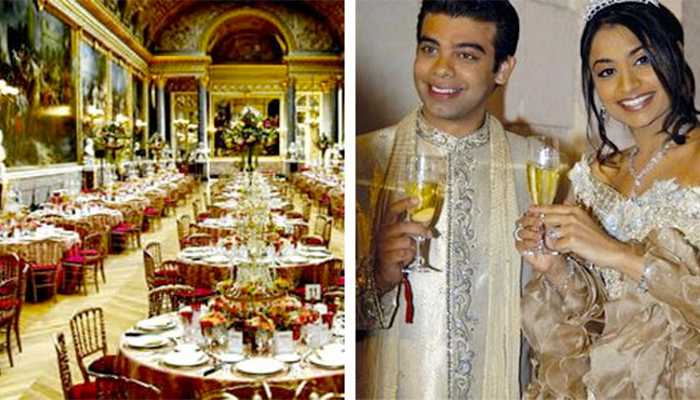 Isha Ambani, daughter of Mukesh Ambani, the Chairman of Reliance Industries Ltd, tied the knot with Anand Piramal, son of Ajay Piramal, a Mumbai-based billionaire industrialist, in 2018. Everything from tens of chartered flights to thousands of luxury cars to the booking of five-star hotels to the A1 guest list of biggies to pre-wedding celebrations describes the Isha Ambani wedding as the grandest Indian event of the year. 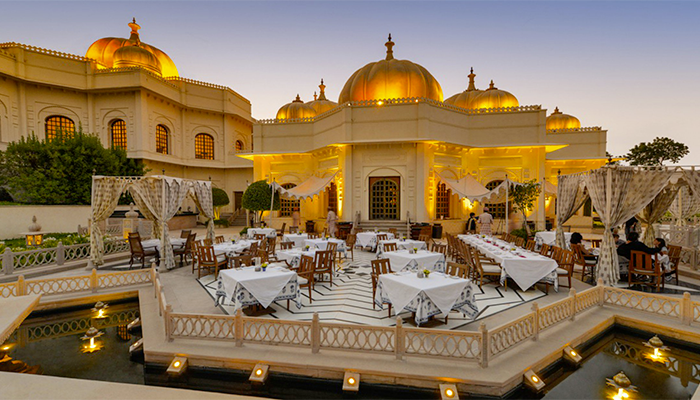 The Isha Ambani wedding was full of dazzling ceremonies and rituals, just like a traditional Indian wedding. Her pre-wedding festivities took place at Hotel Udaivilas in Udaipur, Rajasthan’s most beautiful tourist destination. Isha Ambani, who received a 450-crore bungalow as a gift from her in-laws, held her multi-million-dollar pre-wedding celebrations in The City of Lakes, a leading event management company oversaw.

According to reports, pontoons and boats dominated the theme of the pre-wedding ceremony setting. A massive pontoon was built on one of the banks of Lake Pichola in Udaipur City. Another pontoon for 1,000 guests was set up at Hotel Udaivilas’ ghat.

The wedding of Prince Charles and Lady Diana Spencer that took place over four decades ago tops the list of the most expensive weddings in the world. Prince Charles and Lady Diana got hitched on July 29, 1981, at St Paul’s Cathedral in London, United Kingdom. Their wedding was dubbed a “fairytale wedding” and the “wedding of the century.” It was seen by an estimated global TV audience of 750 million people and was personally witnessed by 3,500 people. According to reports, Princess Diana’s wedding gown had a 25-foot train and was covered in 10,000 pearls. 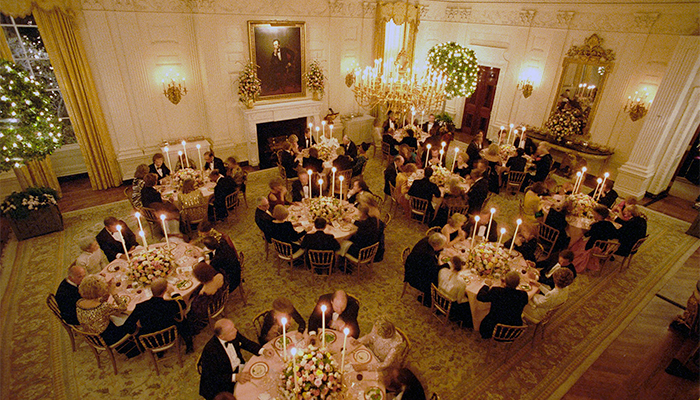 The wedding service was a traditional Church of England ceremony. The service was presided over by Alan Webster, Dean of St Paul’s Cathedral, and the marriage was officiated by Robert Runcie, Archbishop of Canterbury. Members of other royal families, members of the bride’s and groom’s families, along with republican heads of state, were among those in attendance. Following the wedding ceremony, the couple made the traditional appearance on Buckingham Palace’s balcony. To commemorate the wedding, the United Kingdom declared a national holiday on that day.

Also see: Cruise Weddings: All About a Wedding on a Cruise Ship

Thanks for reading!! I hope you liked reading about the 15 most expensive weddings in the world. If you have any world-famous weddings in mind, please feel free to share in the comment section!