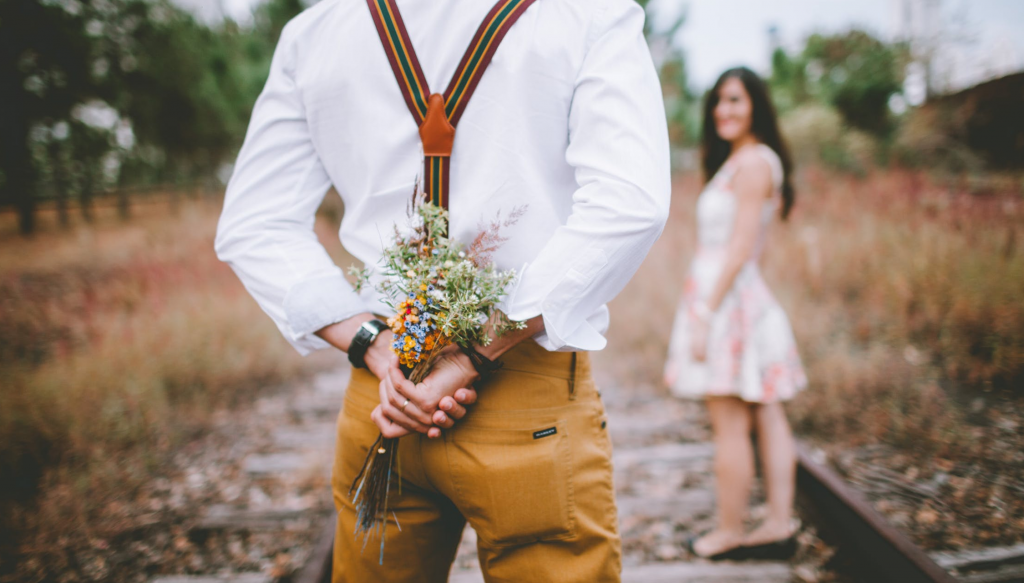 Excited? Yeah, marriage proposals are actually exciting, especially when you can predict that your special one is about to propose you. Sometimes girls guess and sometimes a proposal come as an absolute shocker. However, guess work really creates more excitement. Just the idea of getting a proposal from the special one, who you have been seeing each other for quite a long time is itself beautiful and mesmerizing.

The only thought gives Goosebumps. If you’re also wondering: “If he is planning to propose?” Watch out! These signs indicating that he is going to propose you for sure.

Signs your boyfriend is about to propose:

1. When he gets close to your family or friend

First things first, if your someone special is trying to get very close to your family or your friends, it’s a clear indication that he is wanting to take things to the next level now. More often than not, guys start making connections with your family or friends when they really want to keep things secret and want to know about your liking for the perfect piece of jewelry with which he will pop the question to you. Or maybe he might be taking some counseling from your family and friends on how to propose you so that you like the proposal and say YES only. See if your special one is doing something like this, if he is….. Then you need to prepare yourself for that great moment in your life.

2. When he start overthinking about the future

More often than not, boys do not think too much about their future until there is some solid reason. And marriage is a big reason for anybody to get serious about their future. If your special one has started talking about his future, where to live, when to switch jobs so that a nice life after the marriage could be spent all that. It is a sign that he is planning to ask you for a wedding, as he has made his mind finally for the marriage.

3. When he stops splurging the way he used to

This is the greatest trigger in case you really want to know that he is going to ask that special question to you. Yeah, if your special one suddenly stops splurging the way he used to, like earlier he used to spend money in a lot of things, eating outside, taking trips, movies etc. but now he is more concerned about saving money for the future, then surely he is planning to take this relationship a step further. He might be saving to buy the ring of your dreams to propose you with the same.

4. When he plans to take a trip only with you

If suddenly your special one come with a plan to take a trip to some other place for few days, know that he is planning to propose you there. Yeah, believe it or not, the holidays are a great way to make great proposals for marriage. So, if your boyfriend is asking you to spend some time alone this Valentine’s Day, he is surely planning to come up with that question. Do not miss the opportunity of spending time with your love of life now!

5. When he starts feeling nervous suddenly

No matter for how long you have been dating each other or seeing each other or friends with each other. To propose someone needs a lot of courage, especially for boys, it’s not easy to just ask that important question. They really prepare hard before they finally put the question in front of you. Boys however, appear strong, but strong doesn’t have anything to do with the proposal because a proposal needs one to be both, emotional and romantic. So, if by chance your boyfriend has started feeling nervous, know that he is actually wanting to propose you, it’s just he waiting for that right moment to do the same. Perhaps he might have proposed you thousand times in his mind or in front of the mirror, but doing it will need for a bit more courage. So, wait for the moment, he can propose you anytime. Be ready to give you those shocking and surprising looks!

6. When he gets upset on being asked about marriage

Another indication is when your boyfriend starts getting upset on being asked about marriage. Yeah, some boys really starts getting sweaty or behave weird when they are asked about their marriage. Actually they get irritated, perhaps they are planning to propose but somehow they are able to and that’s what irritates them. Or maybe he is very much in love with you, and that’s why he might be scared – what if you say NO or refuse the proposal. It is a sign that he is going to propose you very soon, just waiting for the right timing.

7. When he becomes secretive about his cell phone

8. When he suddenly start talking about your favorite piece of jewelry

More often than not, boys do not ask direct question, they will first linger on the topic. They will ask you all sorts of weird questions about the types of ring that you would want to wear or may the type of boy you would want to spend your life with, like this they will come with many questions. And if your boyfriend has also started asking such questions, believe you me, he is all set to pop the question. Yeah, be ready for the proposal to come!!

9. When he start taking an interest in your style

Usually, guys don’t care about what you wear and how you look. But when there is something cooking in their head, they start finding you attractive suddenly. Yeah, when they become serious about marriage thing, they start taking an interest in your things, they start appreciating you for all the small and large things you do. Yes, this is when they indicate that they are wanting to take things to the next level. Now he has decided to spend his life with you and just waiting for the right moment, when he will propose you!

10. When all they want is just you around them

When your boyfriend become extra sensitive about you, when you are the only one he wants to be around, then know that he is planning to propose you. He has found that someone special in you with whom he is ready to spend all his life. Yeah, if your boyfriend is also behaving a bit different, if he has started behaving a bit more caring, if all he wants is you around him, yeah, the time is near!