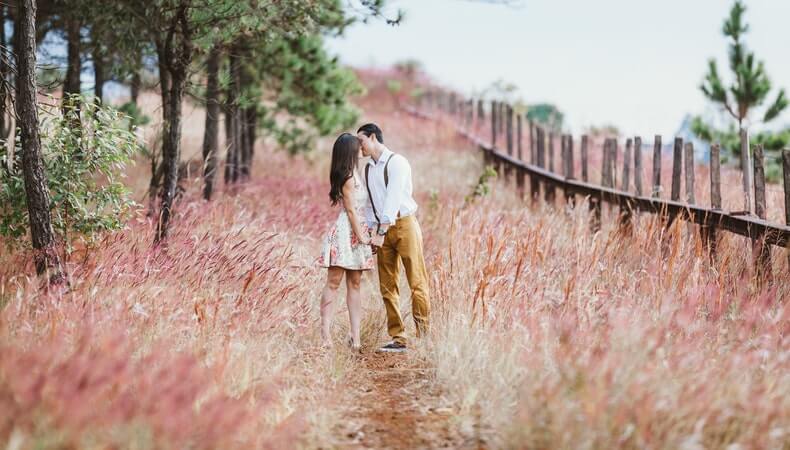 Are you planning to propose to your high-school sweetheart? Well, that’s great news indeed! However, are you aware of what you should not do while making the proposal? Well, if you are not, then read this post until the end. Here I am sharing 14 marriage proposal mistakes that people commit most of the time. It is just to make you aware so that you don’t do them when you propose to your beloved for the marriage. Yeah, prevention is always better than cure. Why should you commit the same mistake? Instead, why not learn from others’ mistakes and do the right thing.

Anyway, it’s time to see the marriage proposal mistakes committed by other people.

1. Creating a shout out on social media.

Boss, the first and only person who should know about the proposal, is the one you are going to propose to. The element of surprise and uniqueness should always be there. What fun will be there if you will create a shout-out on social media platforms? You don’t need to tell the world about the proposal before making it to the person.

2. Keeping it too direct.

Common man, you are proposing the girl of your dream to become your life partner. There has to be some flavor of romance in that. You can’t be too direct. And you know what, no girl likes it that way. Even if she would want to say ‘Yes,’ she would just reject it. Yeah, girls are different; they like a bit of surprise, a bit of flavor; they don’t like things too direct.

3. Keeping it too simple.

Moments like such in your life are extraordinary; hence, it becomes crucial to make them extraordinarily special. It should be such that whenever you two think about it, there is a big, broad smile on your face. Make it special so that your partner feels special while you propose to him/her.

Do not just call everybody and anybody. I mean, don’t involve other people until you yourself are not sure. More often than not, people commit this mistake. Out of excitement, they gather all their loved ones, friends, and close people. This is not wise at all. Your proposal should be between you two. Involve other people only after the proposal is made. Of course, you never know whether or not your partner is ready for marriage. You may get into an awkward situation if he/she refuses your proposal in front of so many people.

5. Not knowing the feelings of the other person.

This is really awkward. Some people do commit this marriage proposal mistake quite often. I remember one of my friends, who always liked a girl, wanted to propose to a girl. Of course, I never knew the girl personally; however, I always knew that he likes her a lot. I used to ask him, are you sure she loves you? And he will always say yes, I am damn sure she loves me. Seeing his confidence, I was also sure about what he said. One day he said, he is going to propose to her, said alright, go ahead. He planned for a restaurant proposal. He arranged for everything that the girl liked, like music, wine, etc. He asked her to come to the restaurant, she agreed. She came at the decided time. After some time, when he proposed to the girl, she got offended.

He was taken aback by her behaviour. And the girl was equally shocked by his sudden proposal. She didn’t know what to do. She said we are just friends, and I never thought of marrying you. She had someone else in her life already. The whole thing became awkward for both of them. Of course, the mistake was at the boy’s end. He took her friendship as love and messed it up. You won’t believe the guy spent six months straight in depression. So, it’s not wise to live in a world of imagination. Make sure the other person has the same feelings for you before it gets really weird.

6. Putting the ring in a wine glass.

Oh! This is absolutely lame! Yeah, it’s too lame. It may look very romantic to you, but just imagine the situation where the girl will gulp the whole thing just like that. I mean, I would never try such stunts. Of course, everybody wants to add some flavor to their marriage proposal, but such flavors can be life-threatening. I mean, I feel so. I see people hiding rings in their cake, wine, etc., for adding a surprise element. And I am like, oh, for heaven’s sake, don’t do this. What if she would eat it? Of course, she doesn’t know that you have hidden a ring inside. The whole thing will be upside down within a few seconds. So, such stunts are a big NO while making a marriage proposal.

7. You shared your secret plan with your friend.

Oh, this is silly! Do not ever do anything. News related to marriage, pregnancy, affair, etc., spread like wildfire in the forest. You cannot simply trust anybody when it is about the proposal. Your friend will tell his/her friend, and they will further tell other people, and your whole plan will go into a soup. So, don’t do this.

8. Not picking the right time.

Time plays a crucial role when it comes to proposing your sweetheart. Of course, you cannot propose to your girlfriend when she is down with a 102 fever. That doesn’t make any sense, and not human also. Make sure you pick the right time to propose.

9. Not picking the right location.

You won’t believe this is one of the most common mistakes that people commit. Out of excitement, they just pick any location. Oh Gosh! I still remember one of my friends planned to propose in a theater when it will be dark. That was really funny because the guy spent all his time finding the diamond that he dropped while proposing to the girl. Even today, we laugh at that episode. Everybody asked him not to do so, but he was adamant. He was lucky that he could find the ring lying down, but trust me, not everybody is lucky!

10. Going without the ring.

Ha, ha, ha! Isn’t it funny? It is similar to going to the movie without a movie ticket or trekking without trekking supplies! Yeah, I find this situation hilarious. The other party will also do nothing but laugh! People create such an awkward situation for themselves by going empty-handed. You don’t need to do this at all. Yeah. Some things look cool only in movies, not in real life.

Also read: What is The Best Age To Get Married?

11. Not getting it documented.

This is not some ordinary proposal that you are going to make. This is once in a lifetime event in your life. Get it documented so that you can cherish these memories even after 25 years of your marriage. Yes, get a photographer and a videographer to capture the whole thing. It won’t hurt to hire a photographer for an hour or so!

12. Handing over the ring box.

Oh! That’s too rude! You should not do this at all! You need to create an environment before you actually propose to her/him. It should look beautiful, romantic, and dreamlike to the other person. Handing over the box is like throwing your question to the person. It will be awkward for the other person; he/she will take time to understand what’s going on. The right way of proposing someone is to create a ground first and then ask. Handing over the box can hurt your partner’s feelings, which is not wise!

13. Not knowing the likings and disliking of the other person.

Everybody has his/her desire to get a proposal in a certain way. You cannot just propose a person your way. Before making a marriage proposal, it’s essential to know the liking and disliking of the person. You may be willing to propose to her in a college canteen, but she may want to get it in a restaurant with the music playing in the background or on the beachside. Therefore, you must gather all the information about your partner. Make sure you gather all the information secretly. Creating a buzz about it will spoil the whole plan.

This is, however, uncommon, but it happens quite a lot of times! Some people use the same ring that they used for their previous partner with whom they broke off, for whatever reasons. This is not classy at all! Yeah, nobody wants to have a used ring on their engagement. Doing so will not only hurt your partner’s emotions and sentiments but also it will create a gap in a relationship. If you really can’t afford a new diamond, then sell the old one and get a new smaller ring. It’s okay to buy a small diamond, rather than proposing with the used ring. Small will not hurt as much as the used one will do!

So, these are the 14 marriage proposal mistakes that most people commit. This is just to make sure that you do not commit these mistakes at all!!