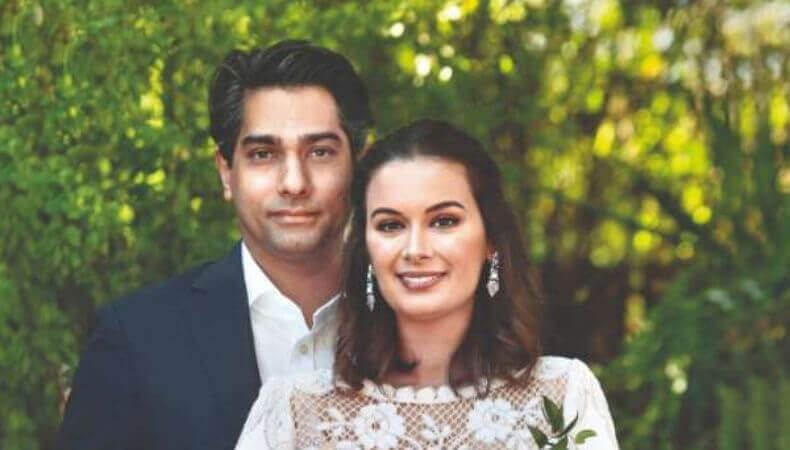 2021 seems to be the year of the wedding, as many actors are getting hitched this year. Just after Yami Gautam’s marriage with Uri Director Aditya Dhar, Yeh Jawaani Hai Deewani star Evelyn Sharma also broke the news of her wedding. She tied the knot on May 15th, 2021. However, she disclosed the news with her fans and followers on Monday.

Evelyn Sharma got hitched with her longtime boyfriend and Australia-based dental surgeon and entrepreneur, Dr. Tushaan Bhindi. The actress dropped a couple of pictures from her wedding on Instagram. The first photo that she shared is of her, along with her husband, Tushaan. The couple can be seen flaunting a cozy pose; she captioned it: “Forever” and added a heart emoji with it.

While in another picture, Evelyn can be seen standing with her husband, Tushaan, hugging her from the side. She wrote, “Mr. & Mrs. Bhindi 🎊 Big big thank you to everyone who made this small wedding the very best day of our lives! 🌺”

The couple tied the knot according to the Christian traditions in a private ceremony in Brisbane, Australia. On Monday morning, the actor shared a photo from her wedding ceremony. Evelyn wore an all-white wedding gown, while Tushaan wore a tuxedo. Both of them looked amazing in their wedding outfit. 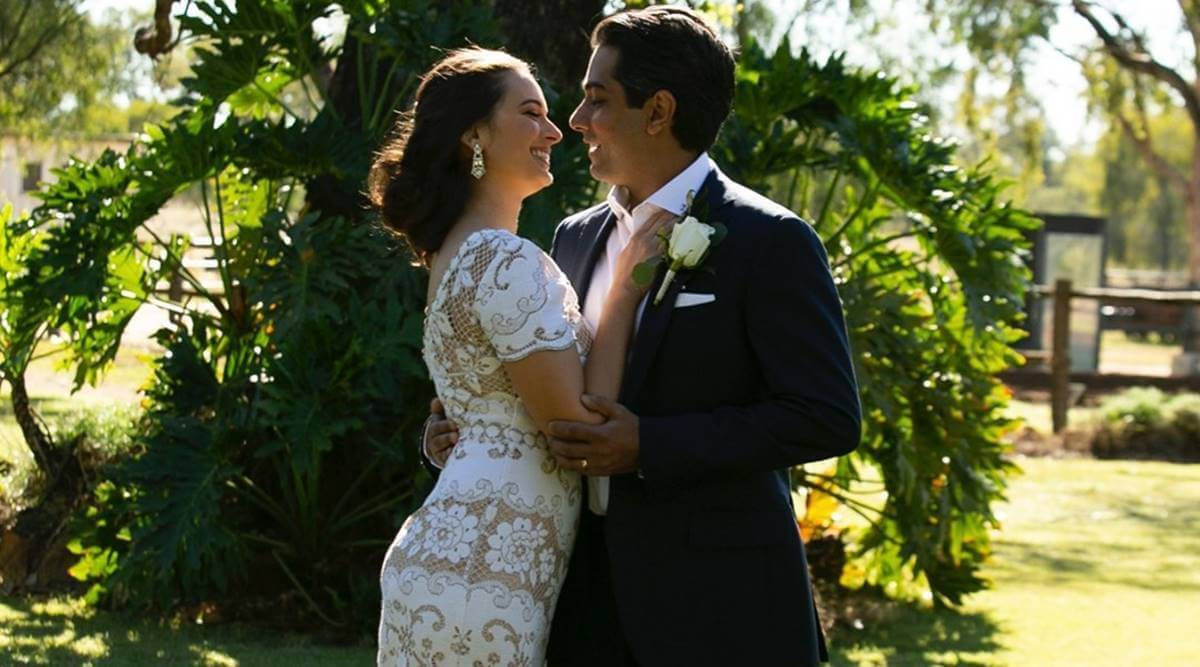 As soon as Evelyn shared the photo from her wedding, her fans and friends from the film fraternity began to congratulate the newlywed with heartfelt messages. One fan wrote, “Many congratulations to the most beautiful couple,” while another wrote, “Congo 😍❤️ always stay happy 🙌.” 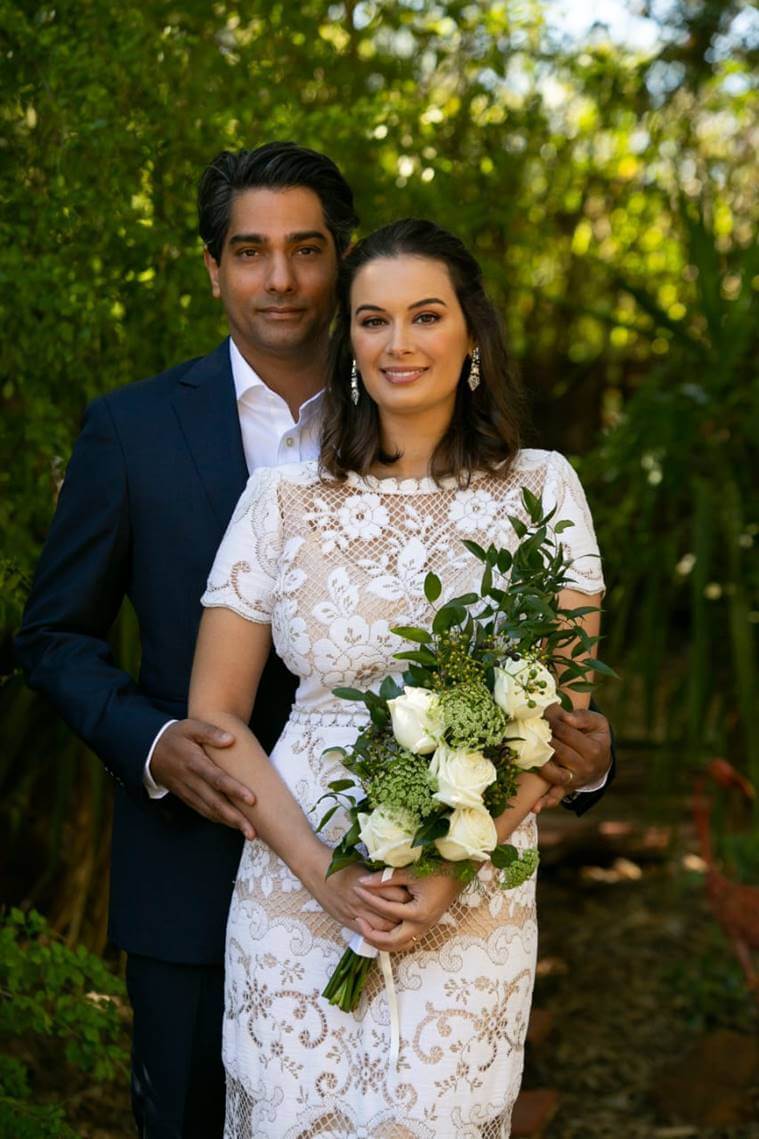 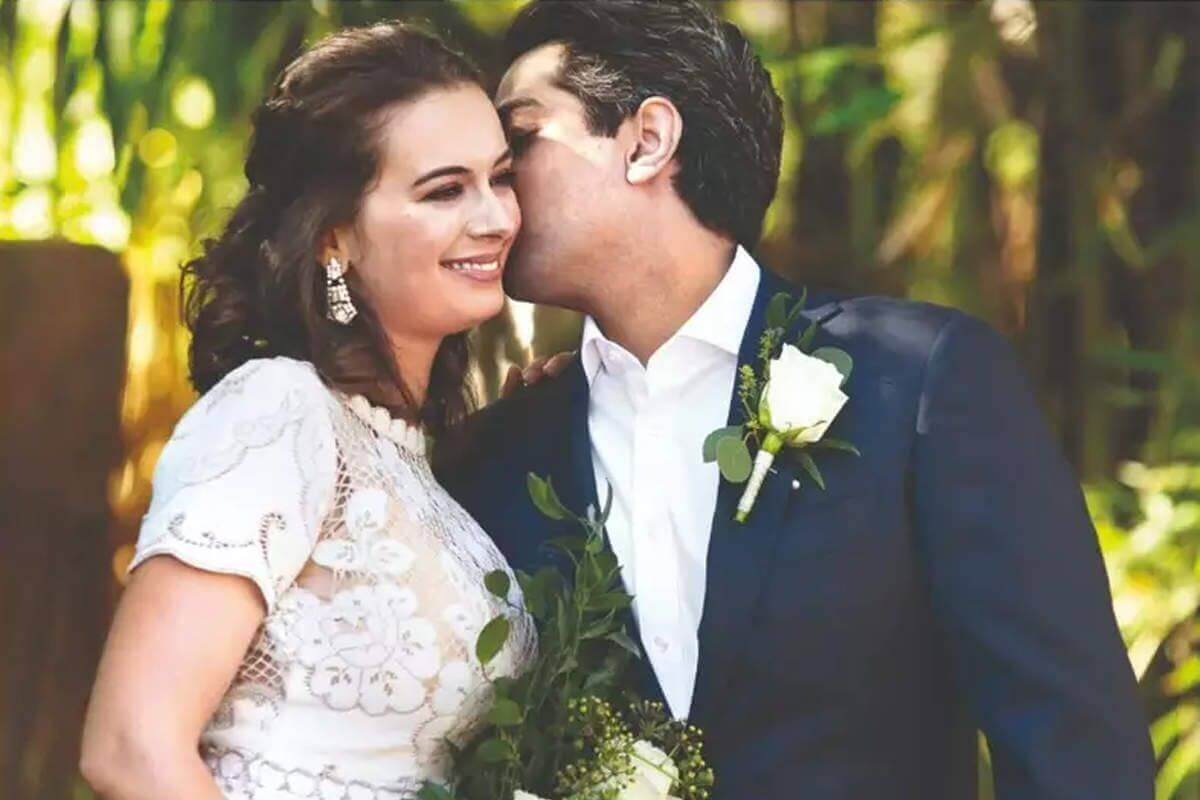 Even her friends from the film fraternity did not wait much to wish the newlyweds; actor Rahul Sharma also congratulated the couple and wrote, “So happy for you, Evelyn.”

While @savageshabana posted a picture of Evelyn on her Instagram with the caption: “May Allah strengthen the knot that keeps your hearts together and blesses two hearts with faith and love for each other! Happy wedding! May this marriage last as long as eternity and bring endless joy to everyone close to these beautiful souls. May Allah shower you two with everlasting peace and happiness! #tushan #evelyn” Evelyn even respnded to the comment, saying “Thank you my dearest ❤️❤️❤️”

As taken with Evelyn Sharma’s photo as the rest of us, Lisa Haydon couldn’t help but comment on it. She congratulated Evelyn and also complimented her on her appearance, saying she looked stunning. She even added a hugging sign with her comment. Evelyn Sharma even responded to Lisa Haydon’s comment and thanked her.

Evelyn got engaged to her longtime beau in October 2019. They first met in 2018 when a friend set them up on a blind date. She even admitted it in an interview. She commented, “We met on a blind date last year, which was set up by our good friend. Tushaan is a romantic guy, and he’s even more filmy than I am.” 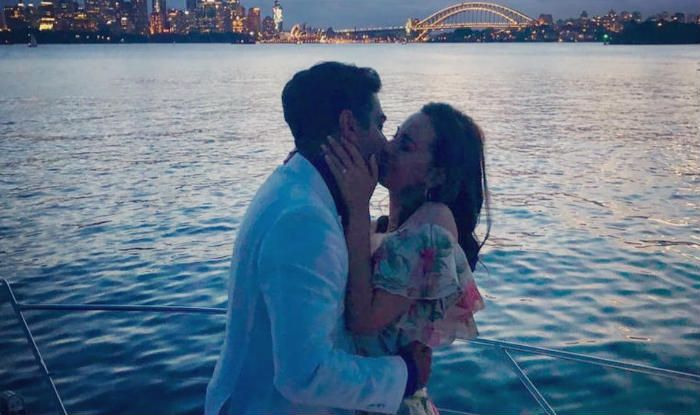 Speaking about her wedding, Evelyn said, “We started our wedding celebrations with a legal ceremony. Of course, we would have loved for our family and friends from around the world to be present, but we know their blessings are always with us.”

While Tushaan commented, “In times like this, we did not want to draw a lot of attention to ourselves; we wanted to keep things simple and straightforward. It was time to make our love and commitment official to the world.”

This is the year of success for Evelyn at all levels, from personal to professional. As earlier this year, the actress celebrated ten years of being in the Indian film industry. To express her delight, she took to her Instagram handle and wrote, “It’s been a crazy ride, and I guess cinema will never be the same again. But I’m excited about what’s to come! Cause what I love most about making films stays the same: It’s to touch people’s hearts, to make them laugh, and to make them cry. The world of dreams where everything is possible.”

Well, that’s really a piece of excellent news for Evelyn’s fans and followers. The two look super cool together.

We wish the newlywed couple a great married life ahead!!