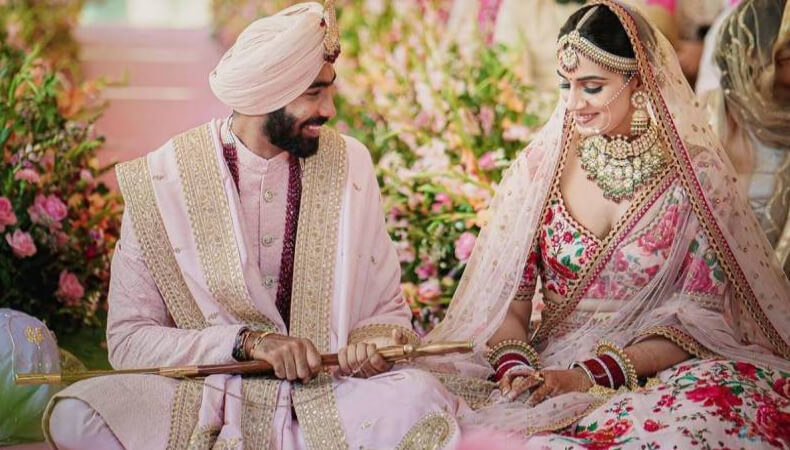 The marriage took place in Goa, and only their close friends and family members were in attendance. A maximum of 20 guests attended the private wedding ceremony in Goa. Bumrah’s colleagues could not participate in the wedding as all of them are in a bio-bubble for the ongoing T20I series against England in Ahmedabad.

According to reports, no one at the wedding function was allowed to carry their phones.

The newlywed took to their Instagram on Monday to share their wedding photos along with a message announcing their marriage to their fans. The first picture that the Indian Pacer shared was reminiscent of Virat Kohli-Anushka Sharma’s wedding photo, while the second photo was from their ‘phera ceremony.’

The 27-year-old wrote: “Love, if it finds you worthy, directs your course. Steered by Love, we have begun a new journey together. Today is one of the happiest days of our lives, and we feel blessed to be able to share the news of our wedding and our joy with you.”

Bumrah was seen wearing a pink kurta while Sanjana wore a pink Lehenga on their special day. Both of them looked amazingly beautiful in their wedding attires. They make a lovely couple together. 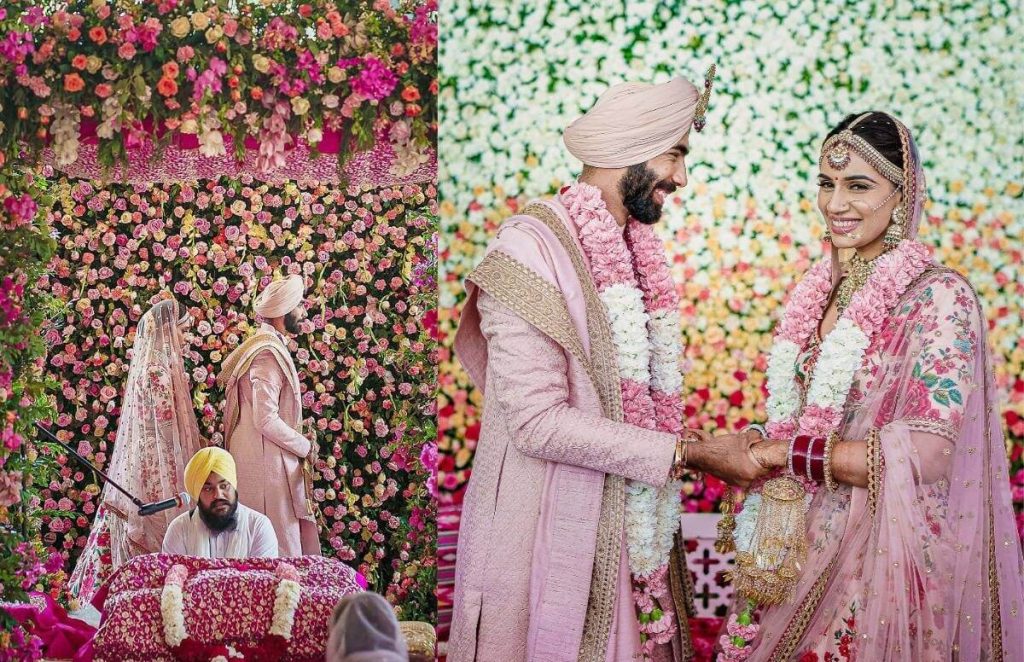 Bumrah, who made his debut for the 5-time champions in 2013, plays for the Mumbai Indians in the IPL and is one of the linchpins of Rohit Sharma’s side.

Both Bumrah and Sanjana have always been uncommunicative about their relationship and kept it under wraps. However, speculation began on social media when the India pacer was released by the Board of Control for Cricket in India (BCCI) in the middle of the test series against England for ‘personal reasons.

The India pacer is going to miss the remaining of the series between India and England and will return to action during IPL 2021 where defending champions Mumbai Indians (MI) will be taking on Virat Kohli’s Royal Challengers Bangalore (RCB) in the season opener at the MA Chidambaram Stadium in Chennai on April 9.

If you follow Indian sports, then you must know that Sanjana Ganeshan is a popular sports presenter. S has hosted numerous sports shows over the years. Sanjana hails from Pune, Maharashtra. 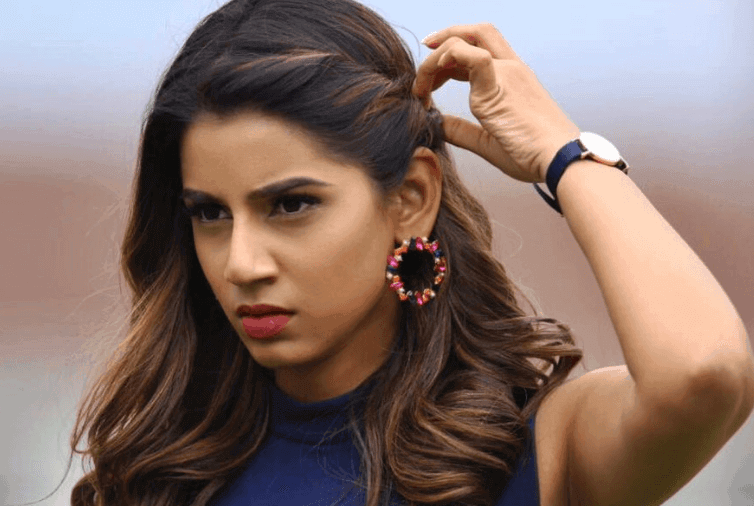 The 29-year-old is a leading sports anchor for Star Sports Network. She has reportedly been hosting special shows during cricket and badminton tournaments for Star Sports. Sanjana was even part of the 2019 World Cup in England and hosted popular shows like ‘Match Point’ and ‘Cheeky Singles’ from England. She also hosted the Indian Premier League, including the 13th edition that was held in the UAE last year.

According to reports, Sanjana began her professional career as a model. She won the ‘Femina Officially Gorgeous’ and also participated in MTV’s Splitsvilla Season 7 in 2014. 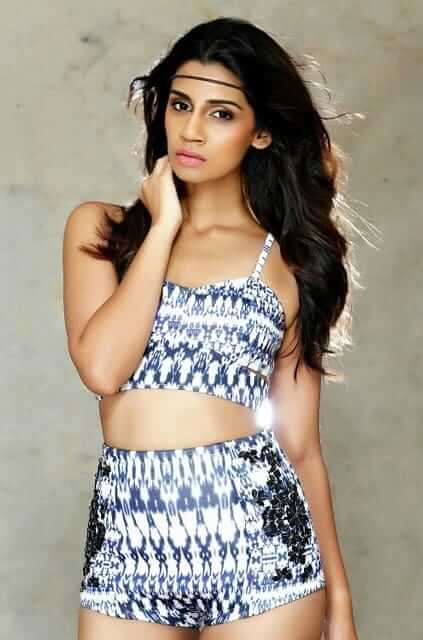 The sports presenter was also part of the Women’s T20 World Cup in 2020. Also, she was the official anchor of Shahrukh Khan’s IPL team Kolkata Knight Riders’ special show ‘The Knight Club’ featured on social media and on-air. In addition to this, the confident sports presenter also hosted award ceremonies for the Board of Control for Cricket in India.

Ever since the couple posted pictures from their wedding, congratulations messages started to pour in. Their followers wish them a happy married life from far and wide. Besides, Bumrah’s colleagues, including Suresh Raina, wished him and Sanjana a “great life ahead.”

Well, we also wish both Bumrah and Sanjana a very happy married life ahead. 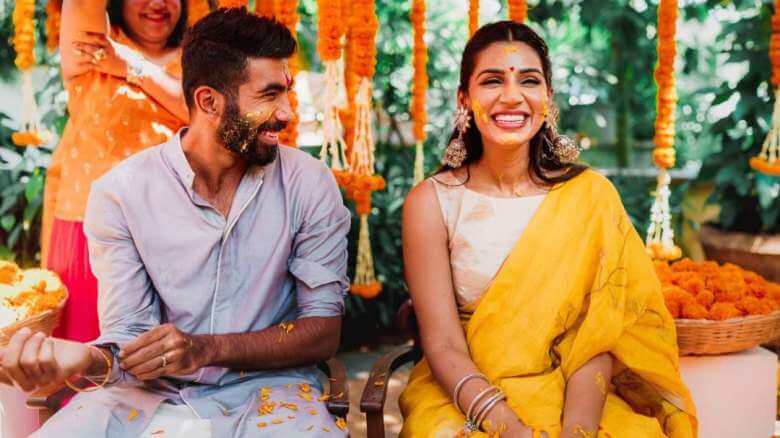 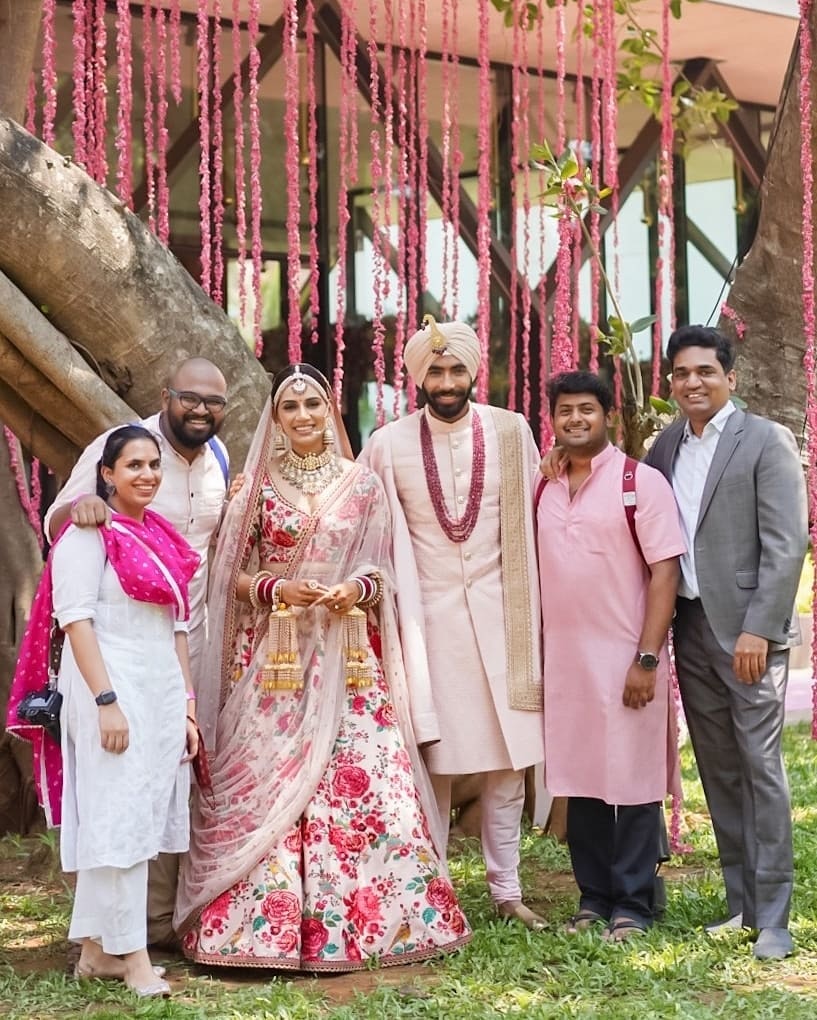 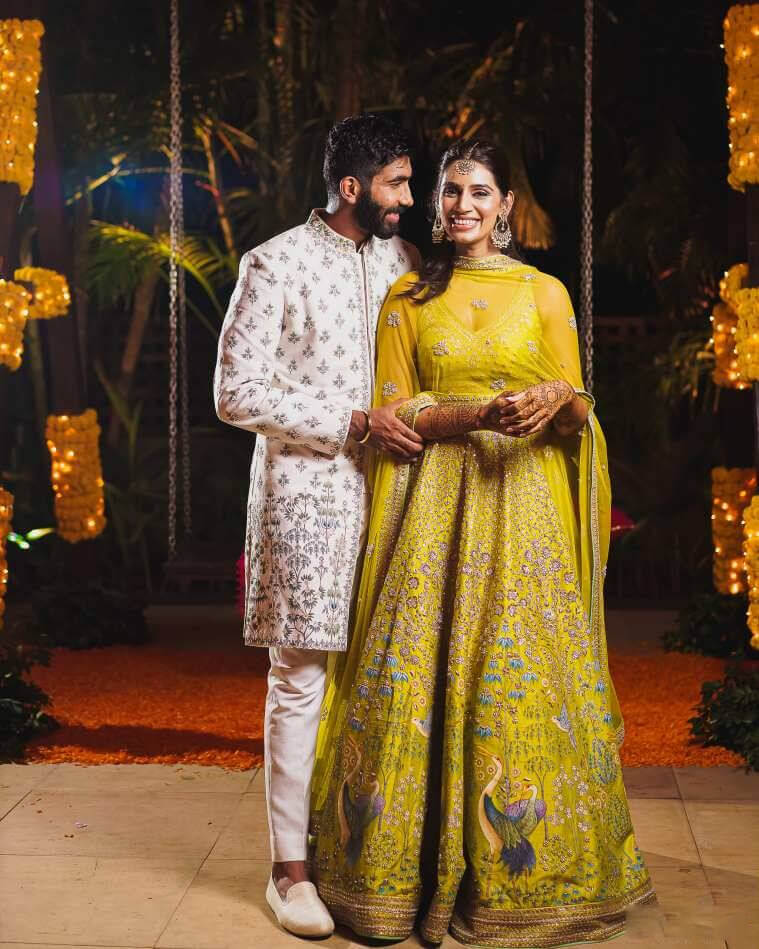 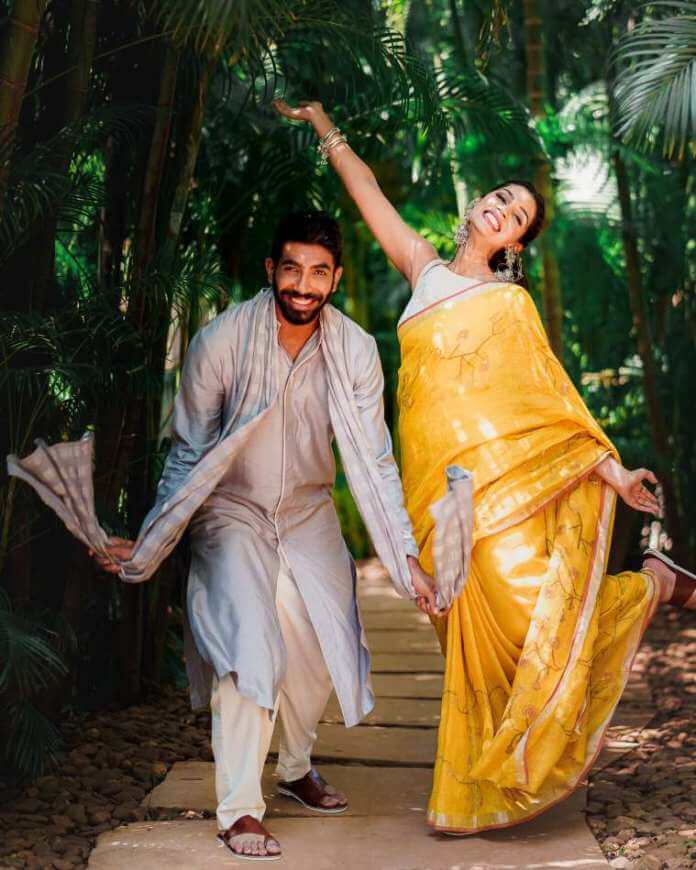 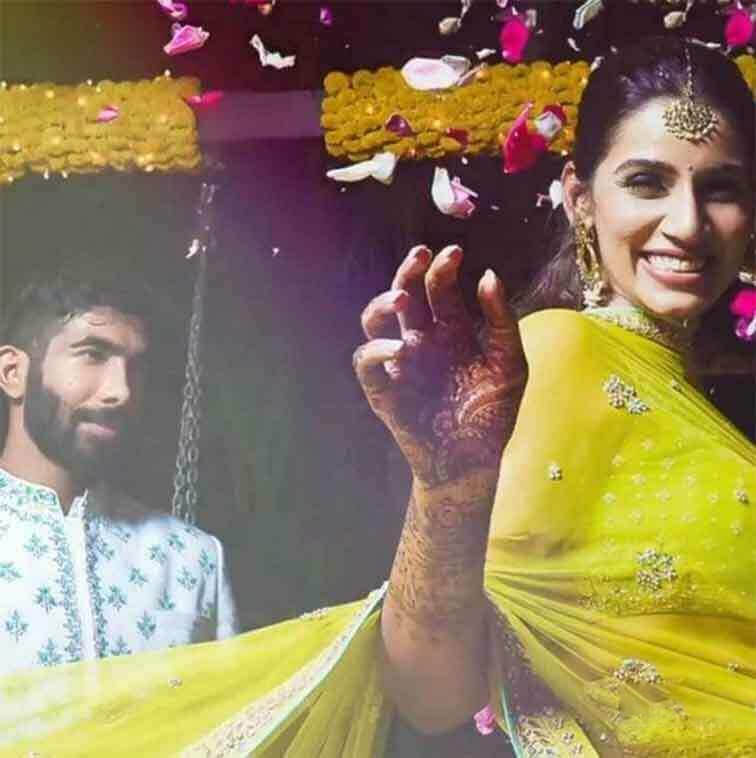