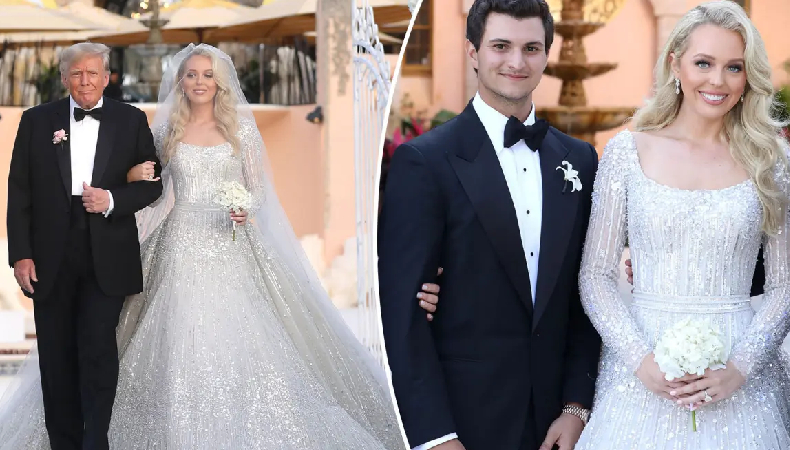 Tiffany Trump, former US president Donald Trump’s daughter, tied the knot with her multi-billionaire fiance, Michael Boulos, on November 12. The two got married at Donald Trump’s property Mar-a-Lago, located in Palm Beach, Florida, United States. Tiffany, who is 29 years old, is Trump’s fourth child with his ex-wife Marla Maples. She is also a half-sister to Trump’s other children, including Ivanka, Don Jr., Eric, and Barron.

Boulos, who is 25 years old and comes from a wealthy family with enterprises in Nigeria, is the eldest son of the family. Although Boulos’ family is from Lebanon, he spent his childhood in Lagos, Nigeria. Boulos’ family was the founder of both SCOA Nigeria and Boulos Enterprises.

Tiffany started dating Michael in the summer of 2018 after she ended her relationship with Ross Mechanic, her longtime boyfriend. After spending some time together at a club in Mykonos, Greece, during the summer, rumors have it that the two struck up an instant connection.

Later that year, Tiffany invited him to spend Thanksgiving with her family at Mar-a-Lago. During that time, she made their connection public. Prior to that, they had kept their relationship under wraps. In 2019, Tiffany and Boulos made their relationship public when she posted a selfie of the two of them together in the Red Room. In January 2021, Boulos made Tiffany an engagement proposal.

The enchanted outdoor ceremony began at 5:00 p.m. with the happy bride walking down the aisle with her father Donald Trump towards a rhododendron-festooned arch.

Tiffany and Michael had their first dance together shortly after the end of the wedding ceremony to a cover version of Toploader’s song “Dancing in the Moonlight.”

As the evening progressed, all the wedding guests were seen enjoying the wedding ceremony. Former President Trump danced with his wife, Melania, to the tune of Frank Sinatra’s “Strangers in the Night.” Trump was seen pecking Melania on the cheek while tapping his feet to the song. 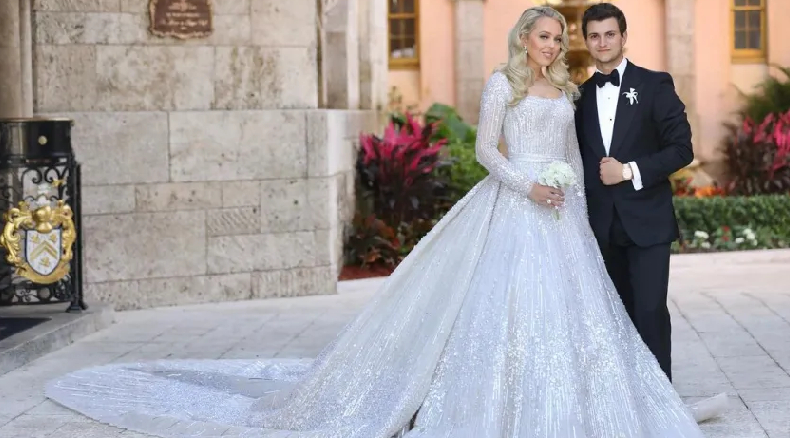 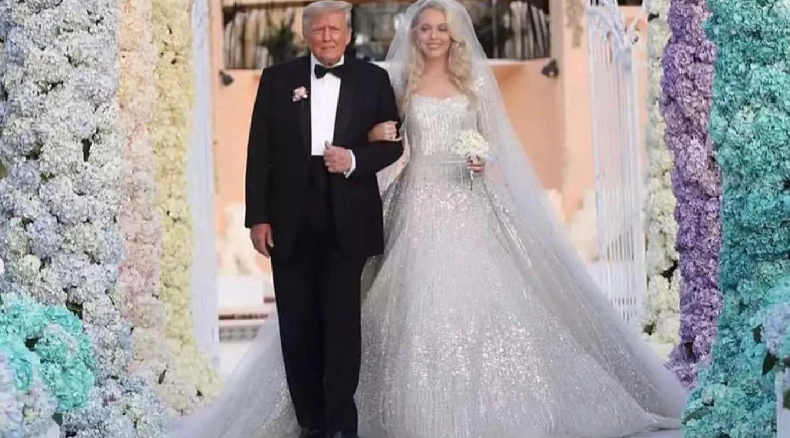 Ivanka Trump, Tiffany’s half-sister, took to her Twitter to congratulate the happy couple and share some images. She penned in, “Wishing Tiffany Trump and Michael an abundance of happiness and joy as they begin their lives together as husband and wife! May their love be a source of light in this world!”

The bride and groom exchanged their vows in front of an altar decorated with a halo of white, pink, and blue flowers. Tiffany looked absolutely stunning in a long-sleeved, beaded Elie Saab wedding gown. While Boulos dressed to impress in a sleek black tuxedo.

The extravagant wedding ceremony was attended by 500 guests, including numerous members of the Trump family, such as Melania Trump, Ivanka Trump, and her husband, Jared Kushner, and their children, Tiffany’s mother, Marla Maples, and half-brother Eric Trump. 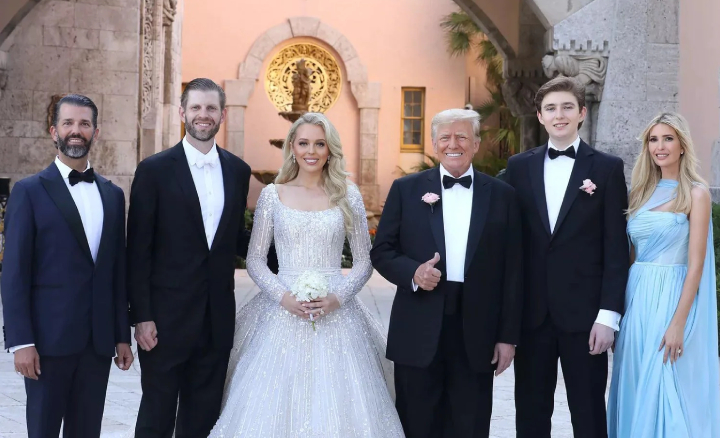 Guests arrived for the week, and they had a jam-packed schedule ready for them. It was planned to be a really extravagant ceremony with 500 guests.

Tiffany was a little concerned about the planning, but the wedding event went off without a hitch, and she didn’t have any problems.

According to reports, Tiffany was “freak out” and afraid that Hurricane Nicole would cancel her big day at Mar-a-Lago this coming Saturday.

On Friday, there was supposed to be a welcoming dinner, but now it seems unlikely that it will take place.

Although some guests were already in town when hurricane Nicole made landfall, they had to change their RSVPs since Palm Beach International Airport was closed and all the flights were canceled.

The couple had to cancel some of the activities, including a golf tournament scheduled for November 14, 2022.

The Palm Beach County Courthouse was forced to close on Tuesday, but luckily Tiffany and her boyfriend were able to get a marriage license that day.